William Shatner can’t escape ‘Star Trek,’ but his voyage has gone well beyond it 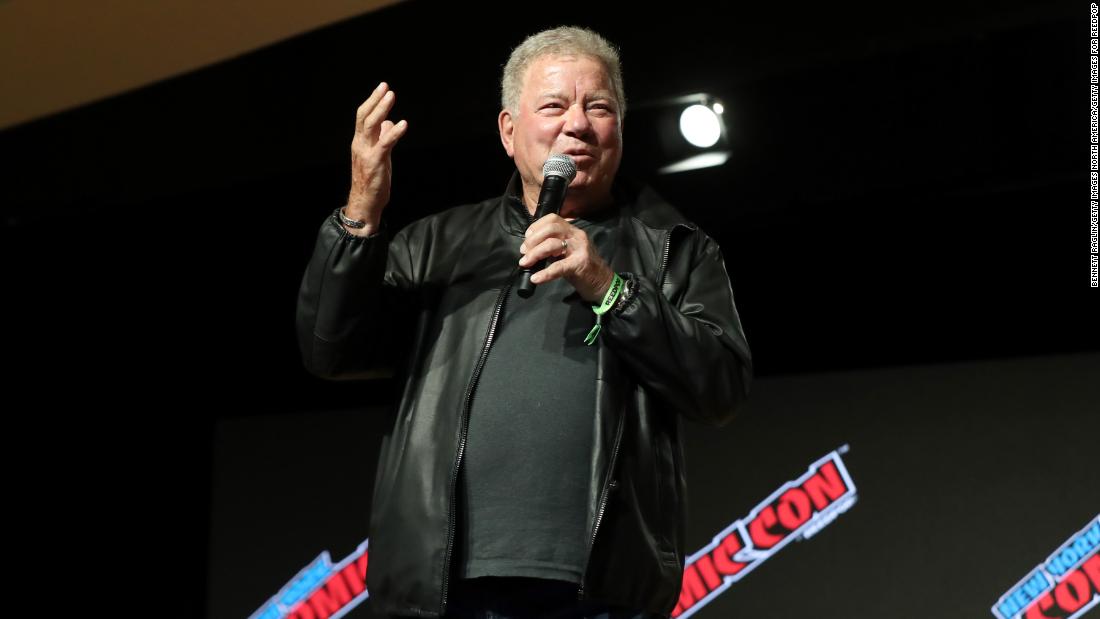 Although it was early in my journalistic career, I can recall coming away with two thoughts: Shatner was kidding himself if he thought he could ever step out from under the yoke of “Star Trek,” and the odds were he was unlikely to be associated with another hit of that magnitude.

As it turned out, I was right and wrong. Shatner will always be best remembered for the iconic role of Captain Kirk. But he managed to mount a third act to his career that has been truly impressive, in part by leaning into the character’s swaggering, swashbuckling image and laughing at himself.

Shatner’s planned journey into space aboard Blue Origin, at age 90, marks a culmination and coalescence of those two threads — a giant leap for the man that also trades off his connection to the starship Enterprise.

Directing, it turned out, didn’t represent the route to Shatner’s future. His opportunity to direct the fifth “Star Trek” movie, “The Final Frontier,” was generally considered among the low points in the series.

Yet the actor pivoted thereafter into a number of shrewdly chosen vehicles, making the unlikely transition from leading man — a mantle he still bore in the 1980s series “T.J. Hooker” — to savvy second banana, with supporting roles in movies like “Miss Congeniality,” or guest-star bits such playing as the Big Giant Head in “3rd Rock From the Sun.” He also hosted the popular reality show “Rescue 911,” keeping himself in the public eye.

Shatner then parlayed a stint on “The Practice” into his Emmy-winning part on “Boston Legal” as Denny Crane, the pompous, eccentric attorney who enjoyed a good cigar and claimed never to have lost a case.

Shatner also joined in the “Star Trek” jokes, as he had on that “SNL” sketch. That included a 2006 Comedy Central roast, where he good-naturedly endured one jab after another about his overacting and more.

That set the stage for his later-in-life run, starring in the short-lived but memorably titled sitcom “$#*! My Dad Says” and continuing to work steadily, recently romancing Jean Smart in the independent comedy “Senior Moment.”

In essence, Shatner went from wincing when “Star Trek” was the first question in an interview to an “If you can’t beat ’em, join ’em” approach, demonstrating that he could play along while bending the interest that came from that venerable franchise into other options.
Amid a deluge of jokes about what Captain Kirk will actually find “out there” as Shatner prepares for this symbolic moment, Vulture rather cheekily went against the grain with the headline “‘Boston Legal’ Legend Will Go to Space.”

Nice try, but we all know what legendary banner Shatner is carrying with him. Yet what easily could have been his final frontier, as it turns out, was just the start of a journey that has taken him — boldly or otherwise — in directions that skeptics couldn’t have foreseen.