‘The Last Duel’ doesn’t disappoint, but the lengthy buildup to it does 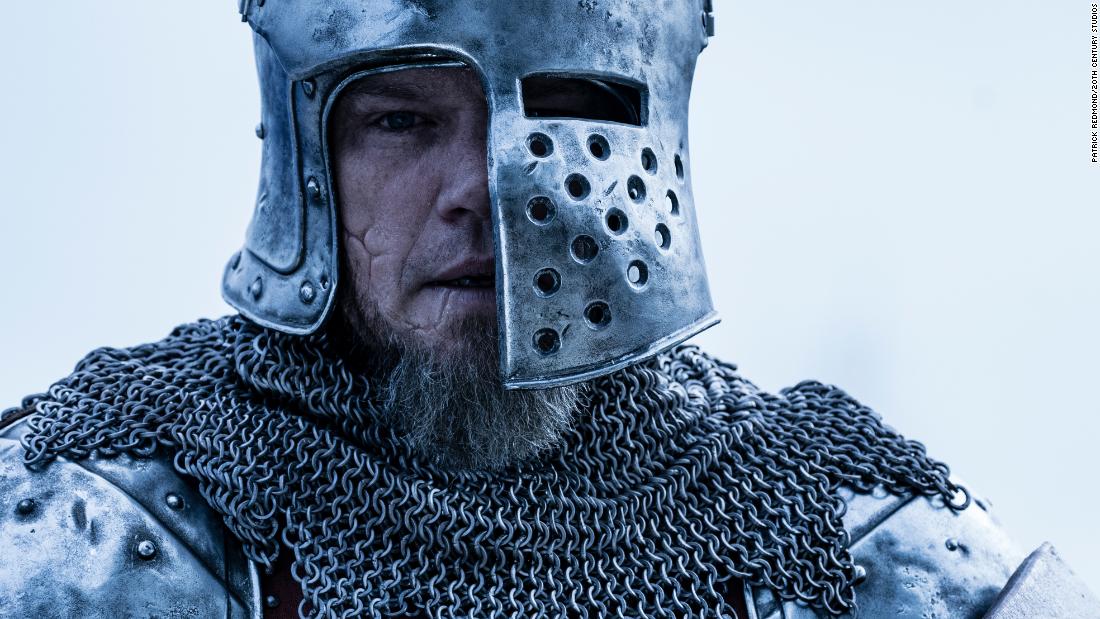 In addition to Scott, whose most pertinent credentials for these purposes include “Gladiator” (successfully) and “Kingdom of Heaven” (considerably less so), the film was written and produced by Matt Damon and Ben Affleck. In an intriguing division of labor, the longtime colleagues collaborated on the script with independent writer-director Nicole Holofcener, who worked on the portion told from the woman’s point of view.
As constructed, that would be one of three distinct chapters, in a movie that runs more than 2 ½ hours, building toward the last sanctioned duel in France in 1386. The contest pitted a knight, Jean de Carrouges (Damon), against the perfectly named Jacques Le Gris (the ubiquitous Adam Driver), seeking justice after Carrouges’ wife Marguerite (“Killing Eve’s” Jodie Comer) accused her husband’s one-time comrade in arms of raping her.

“I want him to answer for what he has done,” Marguerite says when prodded as to whether she wishes to proceed with a charge that could lead to bloodshed, adding — in a line that echoes through the centuries into the #MeToo era — “I cannot be silent.”

Speaking out, however, doesn’t necessarily mean that Le Gris will be held accountable. The result of the duel is intended to reflect God’s will and the righteousness of the allegation, leaving Marguerite’s rights dependent on her taciturn husband, since she is seen as his property.

Given the conflicting accounts, what happened? “The Last Duel” dices that into parts representing “the truth” in the eyes of Carrouges, Le Gris and Marguerite, which explains the obvious “Rashomon” parallels, although the variations here are in some respects more subtle.

In part for that reason, poring over small details gradually becomes a drag on the movie’s momentum. The most interesting recollections come from Marguerite, and Comer — making quite a transition to major movie roles with “Free Guy” this summer — makes the strongest impression among the otherwise male-dominated cast.

Affleck also takes a smallish role as the nobleman Count Pierre d’Alençon, who finds a welcome companion for his lecherous exploits in Le Gris and doesn’t much care for Carrouges primarily because his all-war, no-play demeanor means he’s not much fun to have around.

Shot in washed-out tones, the movie meticulously replicates the period, and the visceral climactic sequence is worth catching on a big screen (and probably again at home). As for the precipitating event, its depiction feels necessary to the story, which doesn’t make watching it any less disturbing.

At 83, Scott’s knack for brawny filmmaking that transports audiences into different worlds and times hasn’t diminished. Even so, the film’s star power will be tested by a movie that proves as much a psychological character study as a swashbuckling epic, wading into feudal politics with talk of taxes and shedding blood for ungrateful lords and lieges.

The movie thus plays like a throwback in several respects, back to an era when audiences dutifully flocked to theaters to see the likes of Robert Taylor or Alan Ladd tramp around in armor. In the age of streaming, inspiring people to leave their castles for that sort of fare looks like a battle that “The Last Duel” will be hard-pressed to win.