Protests Against Lawlessness Erupt in Haiti 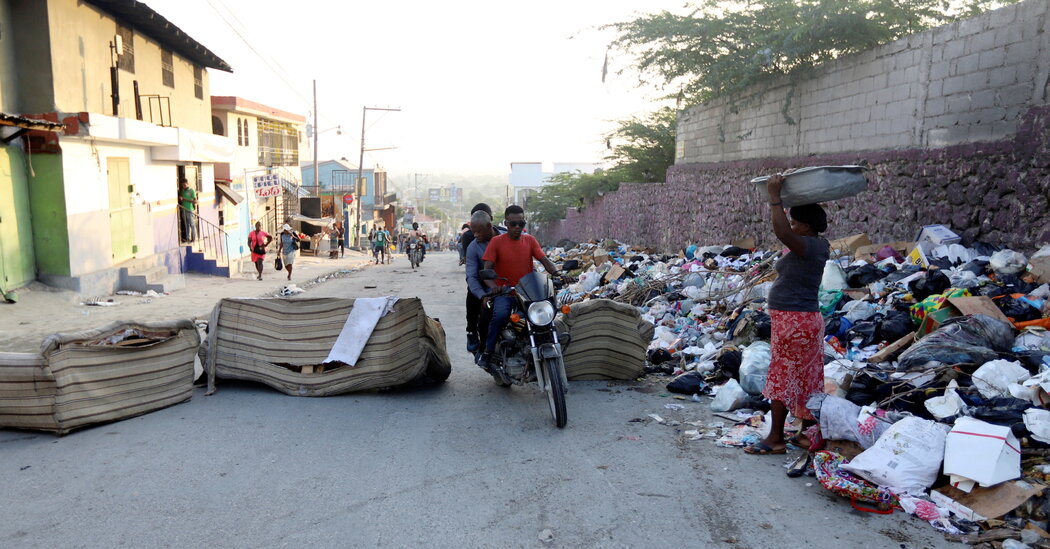 PORT-AU-PRINCE, Haiti — Small, peaceful protests erupted across Haiti Monday morning, with groups taking to the streets and some burning tires and blocking roads with barricades, to demand that the government restore security in a country where many feel violence and crime have spiraled out of control.

Calls for a broad strike emerged last week, as the desperation of Haitians in face of mounting lawlessness tipped into anger, but the brazen mass kidnapping of 16 Americans and one Canadian, including five children, on Saturday added to the tense atmosphere and underscored the misery of everyday Haitians.

The group that was kidnapped, missionaries working for the Ohio-based Christian Aid Ministries, was taken by the 400 Mawozo gang, a growing menace in the capital, Port-au-Prince. The gang has increased its territorial control over the past year, while the government struggled to cope in the face of natural disasters and the assassination of the country’s president in July. The killing remains unsolved.

The presence of other gangs grew during the last year as well. By many estimates, about half of the capital is under the command of armed criminal groups, many of which use kidnappings to raise funds, sparing no one — not even children, priests or the poor.

On Monday morning, many stores in Port-au-Prince were closed, including gas stations, part of a general strike demanding the government crack down on these increasingly powerful gangs.

Protests broke out in at least eight towns and cities. In Port-au-Prince and in other areas, streets were empty, with small groups patrolling intersections, tending to the flames of burning tires.

The 400 Mawozo gang, which the Haitian authorities believe is behind the attack against the missionaries, introduced a new type of kidnapping to Haiti this year: abducting en masse, where entire buses are taken hostage until the families of passengers can pay off the ransoms requested.

In the capital’s suburb of Croix-des-Bouquet, the gang’s growing control has left the neighborhood a near ghost town. Many families gave up their homes to seek more stable lives, hoping to once again be able to do basic things like walk down the street or send children to school without fear.

Highlighting how much the government has lost control of security, Prime Minister Ariel Henry’s convoy was shot on Sunday at as it tried to lay a wreath at the statue of one of Haiti’s founding fathers in downtown Port-au-Prince, to commemorate his assassination.

Hours later, Jimmy Chérizier, an infamous gang leader known as Barbecue, led a large procession through the capital to place flowers at the same statue that had been out of the prime minister’s reach.

A Move to Rein In Cancer-Causing ‘Forever Chemicals’ »