Pandemic-stricken Thailand, aiming to revive tourism, reopens the cave a soccer team was trapped in. 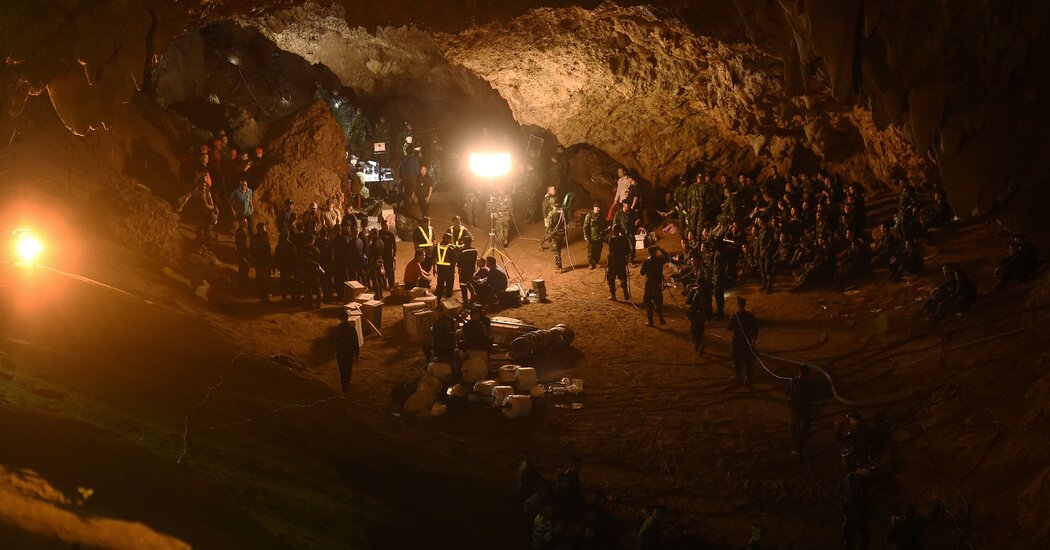 For 18 days in 2018, Tham Luang Cave in northern Thailand was the scene of a tense rescue that captivated the world. Twelve young soccer players and their coach were trapped by rising floodwaters in a cavern deep inside the cave complex.

All 13 were brought safely from the cave in a giant rescue effort that involved British cave divers, Thai Navy SEALs and an elite United States Air Force team. One Thai diver died during the rescue effort.

Now, as pandemic-stricken Thailand struggles to revive its economy and lure tourists back, officials on Friday reopened the cave complex, which has been closed since April to prevent the spread of Covid-19.

Some restrictions still apply. No more than 40 visitors are allowed in the cave at a time. They can walk to a large cavern that was used as a staging area for the rescue, but the chamber where the soccer team was found, nearly two miles from the entrance, is off limits.

The reopening of the cave comes as Thailand attempts to revive its tourism industry, which accounted for as much as a fifth of the economy before Covid-19.

Mr. Prayuth said that the relaxation of quarantine rules for those countries would “at least be a small starting point” in putting people back to work.

Mr. Prayuth is pushing to reopen the country to foreign tourists despite case numbers that have remained at an average of more than 10,000 new infections a day for weeks.

Thailand began allowing tourists back into the country in July through the “Phuket Sandbox,” which allows vaccinated visitors to roam freely on the resort island for 14 days before traveling to other parts of the country. That program is still in place for tourists from many countries, but the required length of stay has been reduced to seven days.

One well-known tourist who passed through was the actor Russell Crowe, who posted numerous photographs on Twitter during his 14-day stay on Phuket and from Bangkok after arriving there.

The reopening of Tham Luang Cave to tourists coincides with the theatrical release this month of “The Rescue,” a documentary about saving the boys. A feature film on the rescue, directed by Ron Howard, is also in production.