New Zealand extends the lockdown of its largest city for another 2 weeks. 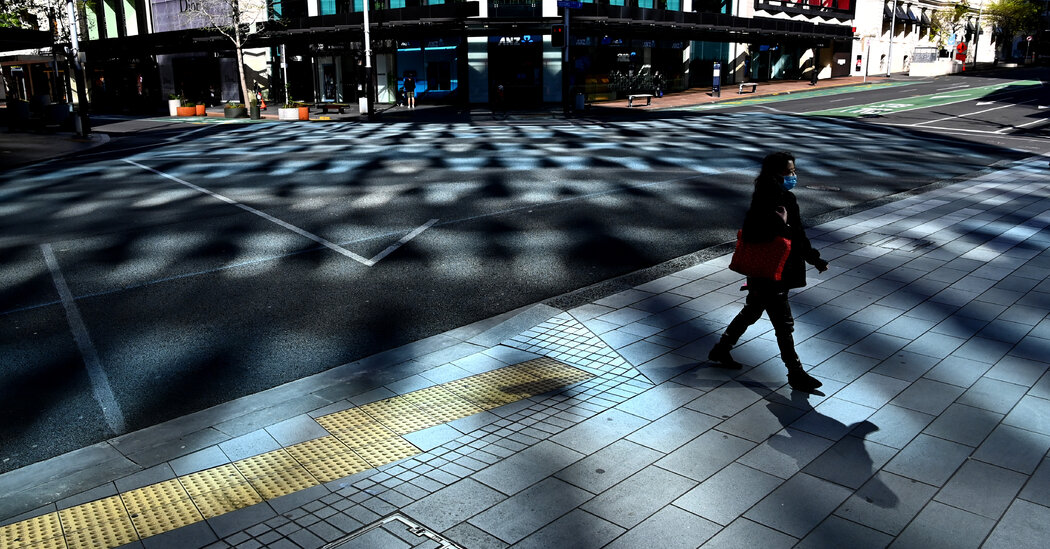 Even as the Delta-variant-driven virus wave is receding in much of the United States, many counties across the country’s northernmost regions are experiencing rising cases as colder weather arrives.

Cases are at least trending downward or holding steady in those states. The five states with the fastest rising caseloads are Vermont, Colorado, New Hampshire, Michigan and Minnesota, and the two counties with the most cases per capita in Vermont and New Hampshire are on the Canadian border.

The virus followed a similar pattern last fall: Cases receded in the Southern regions after summer surges, while they steadily increased throughout the North as the weather became colder and people moved indoors.

The big difference this year is that Covid-19 vaccines are widely available, and most experts don’t expect another catastrophic winter wave, but they are warning Americans not to let their guard down as long as a large portion of the population remains unvaccinated.

In Minnesota, the average reported cases have climbed by 12 percent in the past two weeks. Scott Smith, a spokesman for Minnesota’s health department, said in an email that the department was more concerned about factors like the reopening of schools and relaxed mitigation measures than wintry weather.

Dr. Rafael Meza, a professor of epidemiology and at the University of Michigan, said increases were happening across Michigan but appeared to be higher in the center and in the Upper Peninsula. Dr. Meza said that factors like vaccination rates and school mask mandates could be part of the reason.

Cases have been high in Michigan’s school-aged children, especially in districts that do not have mask mandates, according to Dr. Natasha Bagdasarian, the state’s chief medical executive.

Sydney has further eased restrictions after the state of New South Wales passed its target of fully vaccinating 80 percent of the eligible population.

“Today’s our first day of post-80% life,” Dom Perrottet, the premier of New South Wales, tweeted on Monday. He added: “Do the right thing.”

The easing comes as Australia has moved away from trying to eradicate Covid-19, instead aiming to vaccinate as much of its population as possible.

As part of that strategy, the city of Melbourne — which has endured among the most days in lockdown of any in the world — will lift its stay-at-home orders at 11:59 p.m. on Thursday, when 70 percent of eligible adults are expected to be fully vaccinated.

“There will be no lockdown, no restrictions on leaving home and no curfew,” Daniel Andrews, the premier of Victoria state, of which Melbourne is the capital, told reporters on Sunday. “Victorians have sacrificed so much,” he added, later pledging that the lockdown would be the city’s last.

New Zealand’s largest city, Auckland, will extend its lockdown, the harshest in the world, for another two weeks, making it an outlier in the Asia-Pacific region as nations move to ease domestic restrictions and reconnect to the rest of the world.

The city of about 1.7 million people has been in lockdown since Aug. 17, after an outbreak of the Delta variant. Since the start of October, it has reported approximately 50 new cases a day. One death was reported on Oct. 8, raising the tally since the pandemic to 28.

The government faced pressure from some health experts to tighten restrictions even further, Prime Minister Jacinda Ardern said at a news conference on Monday.

“A number of respected scientists and epidemiologists had suggested a return to Level Four,” she said, referring to the country’s highest level of restrictions. The government had opted to retain the current settings “because of the nature of the outbreak, and the fact that compliance has been an issue,” she said.

Northland, the region immediately north of Auckland, would come out of its 10-day lockdown just before midnight on Tuesday, Ms. Ardern said, while Waikato, to the city’s south, would remain under heavy restrictions.

Though New Zealand is no longer pursuing the goal of completely eliminating the virus, Ms. Ardern has said that the country would not ease local restrictions until more people were vaccinated.

As of Monday, 85 percent of the population age 12 and up had received a first dose of a vaccine and 66 percent had received both doses. On Friday, The government will announce a formal vaccination target for the country, Ms. Ardern said.

New Zealand on Saturday held a “Vaxathon,” where it sought to break its national record of 93,000 vaccinations against the coronavirus in a single day. More than 130,000 people, or about 2.5 percent of the eligible population, received a dose of the Pfizer-BioNTech vaccine on the day, according to the Ministry of Health.

While the coronavirus has killed more than 700,000 in the United States in nearly two years, a more invisible casualty has been the nation’s public health system. Already underfunded and neglected even before the pandemic, public health has been further undermined in ways that could resound for decades to come.

A New York Times review of hundreds of health departments in all 50 states indicates that local public health across the country is less equipped to confront a pandemic now than it was at the beginning of 2020.

« How a Nuclear Bomb Could Save Earth From a Stealthy Asteroid