Multiple myeloma is a rare cancer that seems to strike at random. 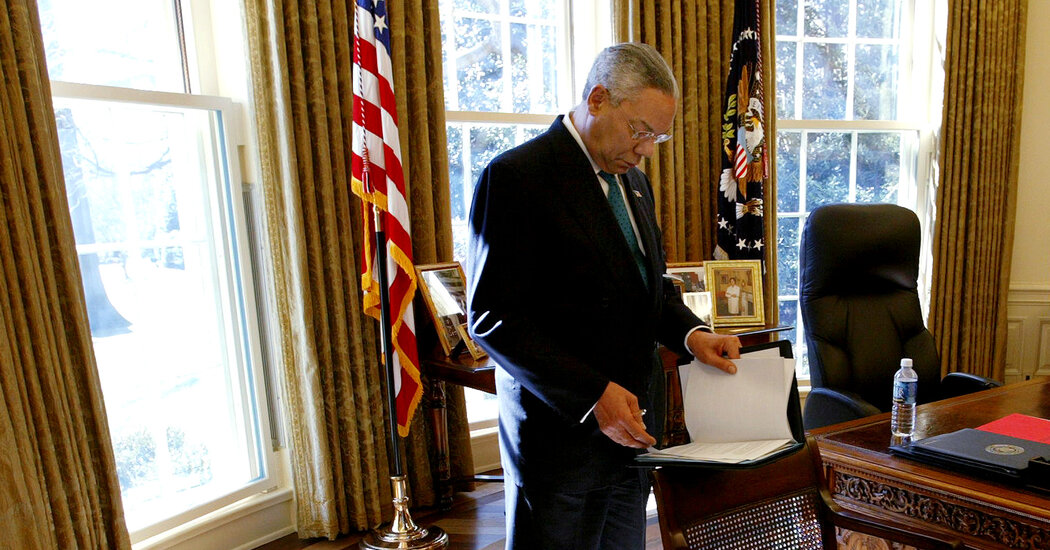 Colin Powell, the first Black secretary of state, had multiple myeloma. The form of blood cancer hobbles the immune system and makes vaccines, including those for Covid-19, largely ineffective.

It is a cancer that attacks plasma cells, which build the antibodies essential to the body’s immune defenses. It also lives in the bone marrow, crowding out the spongy material in the middle of bones and preventing healthy plasma cells from being made. In addition to weakening the immune system, the cancer can also lead to kidney damage.

Multiple myeloma seems to emerge as random bad luck for those who develop the disease, and scientists cannot yet predict it based on genetic or environmental factors. But there are risk factors and Mr. Powell had them. Being Black doubles the risk, as does being male. Nearly all multiple myeloma patients are over age 45. Mr. Powell was 84.

But it is a rare cancer, accounting for just 1.8 percent of cancers in the United States with 34,920 new cases a year, according to the National Cancer Institute, a rate that has remained stable for the past decade.

The cancer’s five-year survival rate is 55.6 percent, which has barely declined over the past decade despite the introduction of more sophisticated drugs. About 12,410 deaths per year, or 2 percent of national cancer deaths, are the result of multiple myeloma.

There’s no known way to prevent the disease.

Patients in the early stages of multiple myeloma may not notice any symptoms — their disease might be detected in a routine blood or urine test. Later, when the disease is more advanced, patients may experience bone pain, fevers or frequent infections, as well as exhaustion, trouble breathing and weakness in their arms or legs. Their skin might easily bruise, and their bones might easily break.

Treatments include chemotherapy and radiation and stem cell transplants, in which the cells in a person’s bone marrow are deliberately destroyed and new cells are infused to repopulate the marrow. Those replacement cells could be the patient’s own blood-forming marrow cells, removed and stored before the marrow is destroyed, or they could be cells from a closely related donor. Stem cell transplants with the patient’s own cells can put the disease into remission, but it eventually returns.

The Food and Drug Administration recently approved a newer treatment designed to directly attack the cancer by harnessing the T cells of the patient’s own immune system or by using drugs designed to block particular molecules on the cancer cell surfaces.

« How Lifelong Cholesterol Levels Can Harm or Help Your Heart