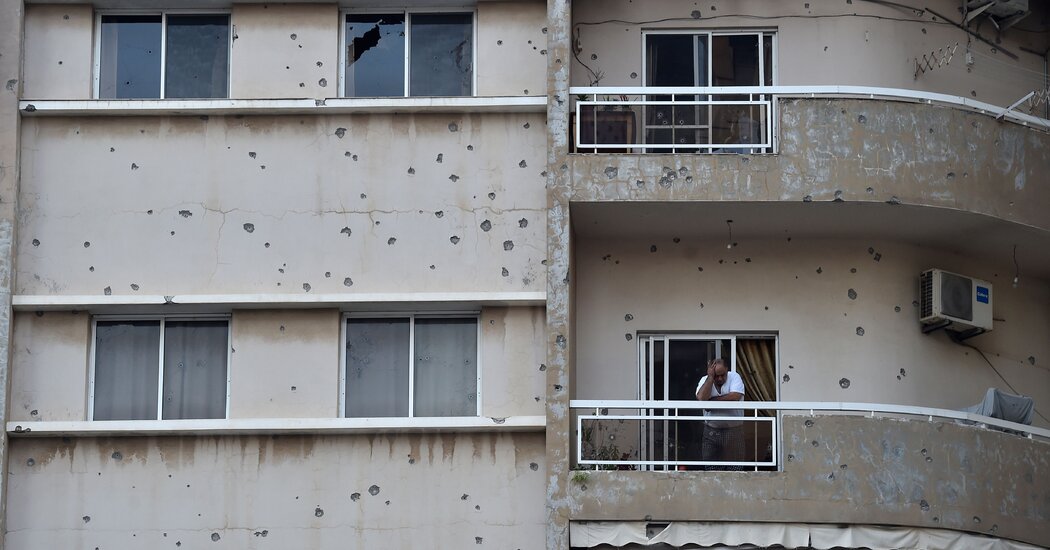 BEIRUT, Lebanon — Lebanon observed a day of mourning on Friday, a day after lethal gun battles between Christian and Shiite Muslim militias erupted in the capital in a faint but dangerous echo of the 15-year civil war that devastated the country.

With schools and businesses closed, the streets of Beirut were hushed, the city preparing for funerals later on Friday. Residents stayed inside, monitoring news reports tense with speculation: Would the prime minister resign? Would the violence spiral into a more sustained conflict, as sectarian clashes are prone to doing in deeply divided Lebanon?

On Friday morning, the country — already in the grip of an economic meltdown compounded by political paralysis and last year’s huge explosion in the Beirut port — seemed to have kept further violence at bay, at least for now. There were no reports of renewed clashes.

But among Lebanese, it was hard to escape the fear, frustration and misery. The adjoining neighborhoods where the gun battles broke out for about four hours on Thursday, Tayouneh and Badaro, were on the front line of the civil war, when Beirut was divided as Christian militias in east Beirut battled Muslim ones in west Beirut, making it one of the most volatile areas in the city.

On television, commentators affiliated with various political parties and sects were emphatic that they did not want to return to civil war, and leading politicians called for calm after some of the worst violence in years.

“We see today the same factors that led to the Lebanese war,” Samy Gemayel, the president of the Lebanese Kataeb party, a Christian faction, said on Lebanon’s MTV channel. “If things continue this way, they are heading to the destruction of the country,” he said.

Mr. Gemayel said the country had not seen the changes needed to ensure peace.

“Today’s scene will be repeated because the same factors exist,” he added, citing weapons, a lack of trust, and external interference in Lebanon’s affairs. “The most important factor is that the state does not bear its responsibility.”

The most recent flash point was tensions over the investigation into last year’s port explosion.

Supporters of Hezbollah, the powerful Shiite Muslim militia and political party that dominates Lebanon, had come out to protest on Thursday over what they said was bias from the judge appointed to investigate the blast, Tarek Bitar. They said gunmen from the Lebanese Forces, a Christian party, had fired on them while protesting.

Other politicians also blamed the Lebanese Forces for provoking the violence, which killed six people and wounded 30.

“You knew that this would happen, Samir Geagea,” wrote Ibrahim al-Amin, the editor of Al-Akhbar, a leading newspaper, addressing the leader of the Lebanese Forces.

But Mr. Gemayel said the root of the problem lay with Hezbollah.

“Hezbollah is using all its tools to control the state,” he said, including a move to “break and subjugate” the judiciary.

“Everything that has been happening for weeks and months is an attempt to escape from the truth and from giving the victims their rights,” he added.

Asmaa al-Omar reported from Beirut, and Vivian Yee from Cairo.

« The view across Europe: Health passes in some countries, and no requirements in others.