‘I Never Believed That Would Happen’: After 20 Years of War, an Abrupt End 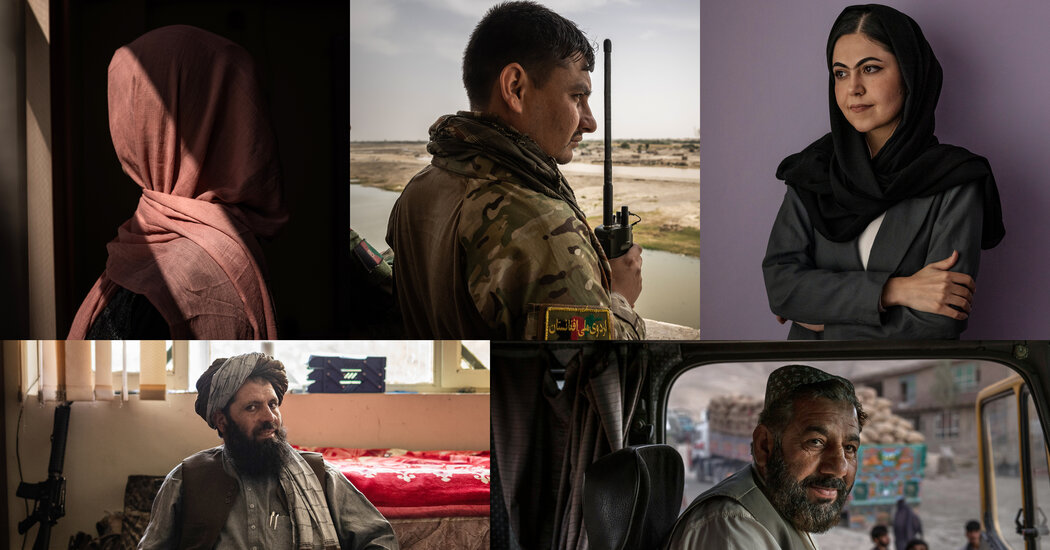 KABUL, Afghanistan — By the time Ghulam Maroof Rashid’s 50th birthday passed, he had spent more than one-third of his life fighting for the Taliban on one battlefield or another in Afghanistan. He believed they would eventually win the war but had no idea that this year would finally be its end.

“We once thought that maybe the day would come when we would not hear the sound of an airplane,” he said this month while sitting on the dusty red carpet of a governor’s compound in Wardak Province. “We’ve been very tired for the last 20 years.”

In the last year of the war, the Taliban’s lightning military offensive, the collapse of the U.S.-backed Afghan government and the withdrawal of the last American troops, have brought about an upheaval as profound as the U.S. invasion in 2001 — two decades ago this month.

Now, former fighters like Mr. Rashid are grappling with governance. A generation of women are struggling to keep a sliver of space in public life. And Afghans across the country are wondering what comes next.

Mr. Rashid’s story is only one in the kaleidoscope of experiences Afghans have shared over the years of the American war that officially began on Oct. 7, 2001, when the dark silhouette of U.S. bombers clouded the Afghan skies.

Since then, a generation of Afghans in urban areas grew up spirited by an influx of international aid. But for more than 70 percent of the population living in rural areas, the way of life remained largely unchanged — except for those caught under the violent umbrella of the Western war effort that displaced, wounded and killed thousands.

The New York Times spoke to five Afghans about the sudden end of the American war in Afghanistan, and the uncertainty that lies ahead.

A young intelligence officer with the Taliban in the 1990s, Mr. Rashid remembers the attacks on the World Trade Center and the Pentagon: “I started farming at first but then became a teacher in the village school,” he said about his life after the Taliban’s collapse. “Then, we started our jihad.”

Soon, they were planting Russian-made mines and homemade explosive devices on the roads, one of the deadliest tactics of the war. Mr. Rashid said he mainly fought in Chak, his home district. That district fell to the Taliban about four months ago.

“I remember because we paid the army soldiers some money so they could travel to their homes,” he said. “I didn’t expect that two months later all Americans would have left and we would be visiting our friends in Kabul.”

Mr. Rashid has found himself once more in the Taliban government. He goes to work at the Wardak governor’s office every day, sleeps with his family every night and no longer shudders at the metallic whir of aircraft overhead.

When the Taliban began its brutal advance across the country this year, Khatera, 34, thought about her daughter, just 14 years old — the same age Khatera was when she learned of her impromptu engagement during the first Taliban regime to stave off the possibility of being forced to wed a Talib.

“I knew what life would look like,” she recalled as the insurgents returned in what seemed like an unstoppable force. “Female season was over.”

She reflected on the career she built — from a broadcaster at a radio station to the project manager for an international aid organization — over the past two decades. “I had the pleasure of independence and economic freedom,” she said. “When I was getting into those doors, I saw what life could be.”

In the first few weeks since the Taliban took over, much of that freedom is gone. Khatera is afraid to send her children to school. She is afraid to go to her office and knows that even if she is able to, she could not return to her old job. The international aid organization she works for put a man in her position to communicate with the Taliban.

“This is the worst feeling as a woman, I feel helpless,” she said.

On a recent day in September, Shir Agha Safi, 29, stood in front of two Marine military police officers outside the tent city on the base in Quantico, Va., that was now his temporary home. He had been evacuated from Afghanistan this summer, along with thousands of others.

“I never believed that would happen, that all of Afghanistan would fall to the Taliban,” Mr. Safi said, even though he had spent the last year on one of the most volatile front lines in Afghanistan.

Until Aug. 15, he had been an intelligence officer in the Afghan Army, after joining the U.S.-backed military force more than a decade earlier.

Both of the Marines, when asked, had never heard of Lashkar Gah, the capital of Afghanistan’s southern Helmand Province, where Mr. Safi had spent months locked in a bloody urban battle with the Taliban. A cascade of suicide bombings and airstrikes, both Afghan and American, destroyed much of the city, leaving hundreds of combatants and civilians dead and wounded.

Understand the Taliban Takeover in Afghanistan

Who are the Taliban? The Taliban arose in 1994 amid the turmoil that came after the withdrawal of Soviet forces from Afghanistan in 1989. They used brutal public punishments, including floggings, amputations and mass executions, to enforce their rules. Here’s more on their origin story and their record as rulers.

Who are the Taliban leaders? These are the top leaders of the Taliban, men who have spent years on the run, in hiding, in jail and dodging American drones. Little is known about them or how they plan to govern, including whether they will be as tolerant as they claim to be. One spokesman told The Times that the group wanted to forget its past, but that there would be some restrictions.

“At that time we still had hope,” Mr. Safi said of the battle for Lashkar Gah, which dragged through the summer as surrounding districts collapsed. “We never thought to surrender.”

Where Mr. Safi will end up after he leaves Quantico is anything but clear, though he understands he might be placed in a home elsewhere in the United States.

“Do you know about Iowa?” he asked.

Abdul Basir Fisrat, 48, has driven trucks along the Herat-Kandahar-Kabul route for 35 years, but during the twilight months of the American war, that path traced the collapse of much of the country as the Taliban swept toward the capital.

The first district that he saw fall was Nawrak, in Ghazni Province, about five months ago. He was relieved to see it go: A security checkpoint staffed by soldiers from the previous government used to fire on his truck, demanding money to pass. After it was seized, he said, “we thanked God that we were saved from the oppression of the government soldiers.”

Mr. Fisrat lives in Kandahar with his family, but he makes the 1,000-mile trip whenever there is work. He has made due without an education and driven under five different Afghan governments since the 1980s, two of them ruled by the Taliban.

Now Mr. Fisrat, who owns three trucks, has the potential to pocket what he was paying in thousands of dollars in bribes to the Afghan government. Under the Taliban, he pays none. It would be a significant windfall, if it was not for the worsening economy that has made trips fewer and far between. But the lack of fighting means he can go where he wants when he wants: “If I want to, I will leave in the middle of the night,” he said.

The life of Samira Khairkhwa, 25, encapsulates the gains made for Afghan women during the war years, and the ambition those advances spurred in many of them.

After finishing college in the north, she found her way to Kabul, the capital, through a program for youth leadership funded by U.S.A.I.D., and by 2018, she landed a job working on the re-election campaign for Afghanistan’s president, Ashraf Ghani. From there, she became the spokeswoman for the state-run electric company in Kabul. She had dreams of eventually running for president herself.

But as the Taliban pressed their relentless advance over the summer, Ms. Khairkhwa began to have nightmares. “I dreamed that the Taliban came to our office and our house,” she said. She kept those visions to herself, worried that telling anyone might make them a reality.

On Aug. 15, Ms. Khairkhwa was headed to the office when she got caught in the snarl of panicked traffic in Kabul. She stopped in a restaurant, uploaded a clip of the chaos that ended up on the news, and made her way home.

“We didn’t believe that America would leave Afghanistan in this situation,” she said. “That the Taliban would return or that Ghani would surrender. But once it happened we were shocked.”