Covid deaths soar in Ukraine as the country struggles with fake vaccine certificates. 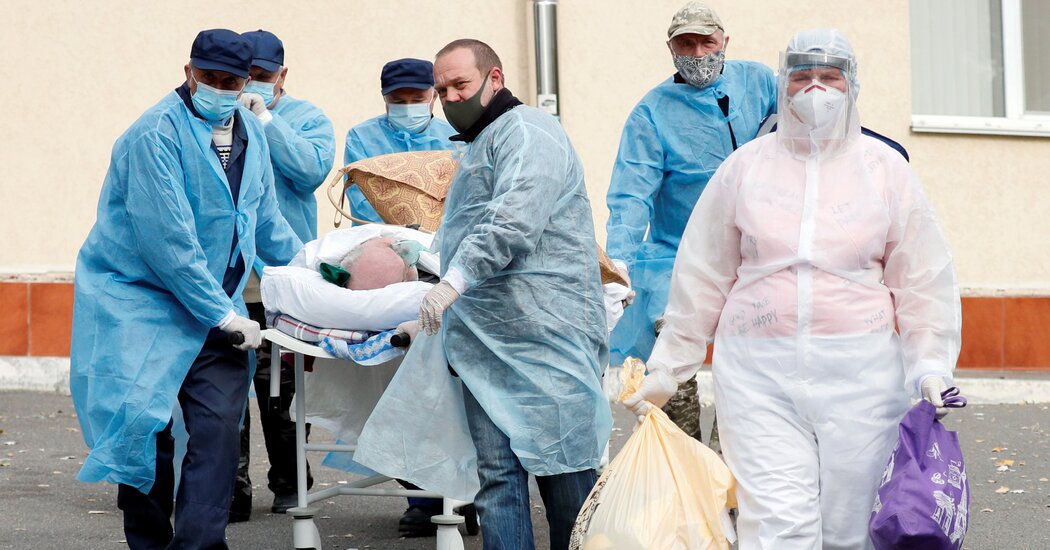 KYIV, Ukraine — The Ministry of Health in Ukraine, the country with the lowest rate of coronavirus vaccination in Europe, reported on Tuesday that 538 people had died of Covid-19 in the country over the previous 24 hours. It was the highest daily death toll since the beginning of the pandemic.

The country’s health officials are struggling with two interconnected and vexing problems: widespread vaccine skepticism, and illegal schemes selling fake Covid credentials that people use to get around restrictions intended to slow the virus’ spread, like a new rule taking effect Thursday that requires a vaccination certificate or negative test to board a train.

The problem of fraud is significant enough that President Volodymyr Zelensky discussed it at a meeting with government ministers and law enforcement officials this week.

The proliferation of fake vaccination certificates in a country that has struggled for years with corruption in many spheres of public life threatens to undermine Ukraine’s fight against the virus. A deputy minister of health, Maria Karchevych, said in a statement earlier this month that police officials suspect at least 15 Ukrainian hospitals of having issued fake certificates in exchange for payments.

Ukrainian news outlets have carried numerous reports about people not only obtaining false certificates, but also having them registered in an online government database, inflating the official vaccination figures.

It is unclear how many such fakes have been registered. But even if the figures are taken at face value, the country still has the lowest vaccination rate in Europe, with just 15 percent of its population fully inoculated.

The country’s health care system is under significant stress. Hospitals in Ukraine are currently 65 percent full; one region — Kherson in the south — ran out of free beds and had to transport patients to hospitals elsewhere. The mayor of Odessa, Ukraine’s third- largest city, said that hospitals there have struggled to find enough doctors.

Ukraine, with a population of some 44 million, has been reporting an average of 14,348 cases a day over the past week, but the country’s low testing rate means the actual number of new infections may be far higher.

Reluctance among Russians to get vaccinated has led to a surge in cases and deaths. »